Method:
Cover a bring with foil and place it in the oven at 200°C. Heat the oil over a medium heat. Season the chicken with salt and freshly ground black pepper.
Add the chicken to the pan skin side down. Cover with the brick, allowing the chicken to cook quicker and develop a more intense crisp on the chicken skin.
After 2 minutes turn the chicken over and cook the other side with the brick again covering the chicken. Heat the oil for deep-frying. Add the thinly sliced potatoes to the oil and cook for about 3 minutes or until crisp and golden. Place the chips on absorbent kitchen paper. While still hot season with salt and freshly ground black pepper. Hollow out the quarter loaf of bread before adding some of the chips, slaw and chicken, finished off with extra slaw and come spring onion.

Method
Heat the olive oil over a medium heat. Add the onions and season lightly with salt and pepper. Cook until the onions have softened before adding the garlic and tomatoes as well as the chilli fakes, paprika, sugar and vinegar. Cook the sauce until the sugar has dissolved and the mixture has reduced slightly.
While the sauce is reducing place a steaming basket over a pot of simmering water. Add the frankfurter sausages and steam for about 5 minutes over a medium heat. Don’t over steam them, which might cause them to burst.
Hollow out the loaf of bread before adding some chips. Cut the steamed frankfurters into large chunks before topping the chips and finishing with the tangy tomato sauce. 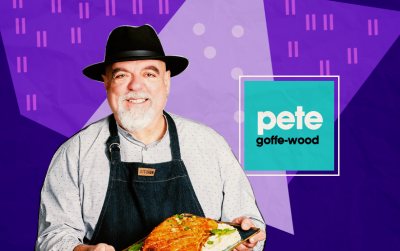 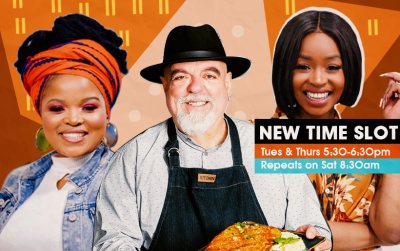 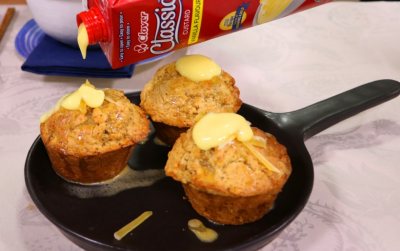