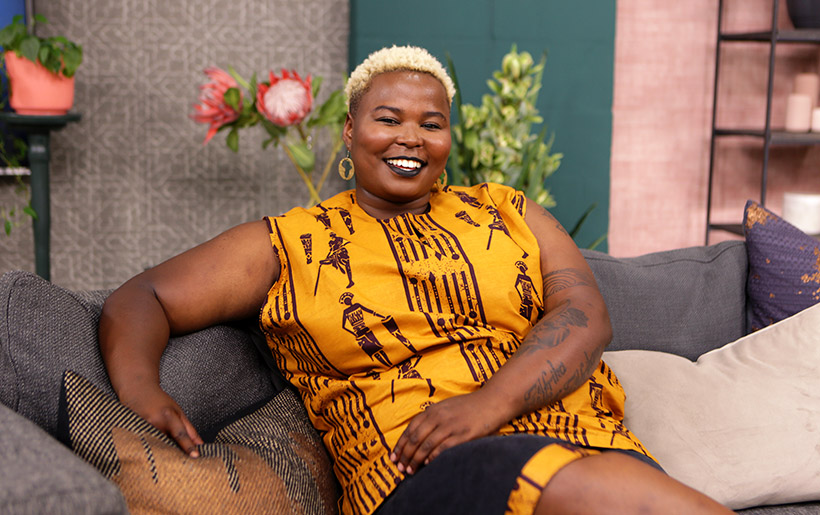 Today we are joined by International African Instrumentalist, Sibahle Dladla known as Sky.

Sky started playing the marimba in grade 11 for the senior marimba band. Few months later, she played for AmaAmbush. Playing for AmaAmbush was substantial to her, it gave her a perception on the business side of music. Few years later, Sky started her own band named, ‘Blackroots Marimbas.’ Sky enrolled at UCT for a Performance Diploma in African Instruments, this is where she explored new instruments and was eager to learn how to play them. She has travelled back and forth to Mozambique doing different workshops with Mutchume Zango, who has helped her develop as an Indigenous African Instrumentalist. She has learned lessons from mam’Bavikile Ngema, an inspirational woman in Africa Indigenous music who taught her how to make and play uMakhweyana. Sky has performed countless shows around Cape Town, she was also an opening act for Freshly Ground’s Farewell concert at Mercury Live last year. She has started recording for this year and we hope to hear from her soon.