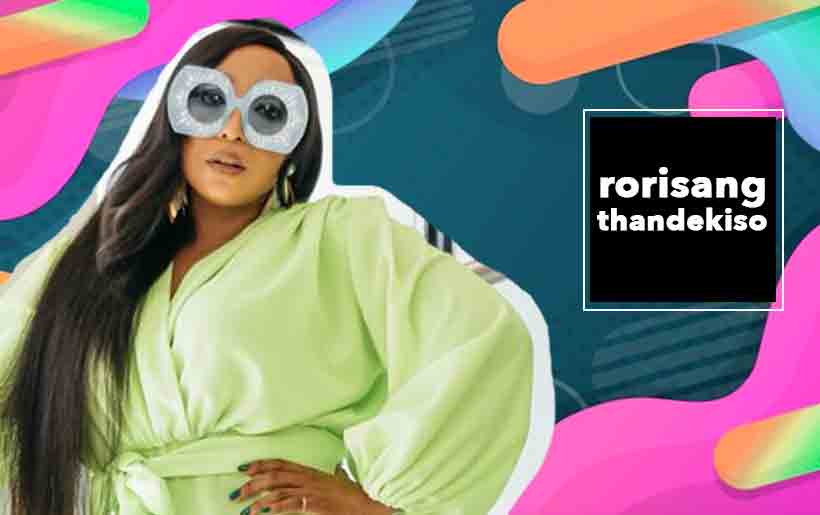 TV Presenter, actress, musician and overall powerhouse within the entertainment industry, Rorisang Thandekiso, joins us in the loft for a catch up before she gives up a performance of ‘Lerato’ with DJ Sumbody.

Although born in Bloemfontein, Rorisang grew up in the Vaal Triangle, south of Johannesburg. During her schooling career, she developed a skill for debating and during her matric year, she was named the Young Communicator of The Year Award.

In 2008, she was chosen to represent the country in the Global Young Leaders Summit that was held in America. She was ranked third out of 400 representatives from across the world. That same year, she was named Seventeen Magazine’s ‘Next Big Thing’ and she sure became South Africa's next big thing.

Rorisang joined the cast of South Africa’s popular kids’ television programme, YO TV. Outside of TV, she went on to study International Relations at the University of Pretoria. During uni, she joined TUKS FM, the university’s student radio station. Since then, Rorisang has been making waves as a presenter, an actress and a musician.

She is now the host of SABC 1’s Breakfast Show and is a presenter on Metro Fm.