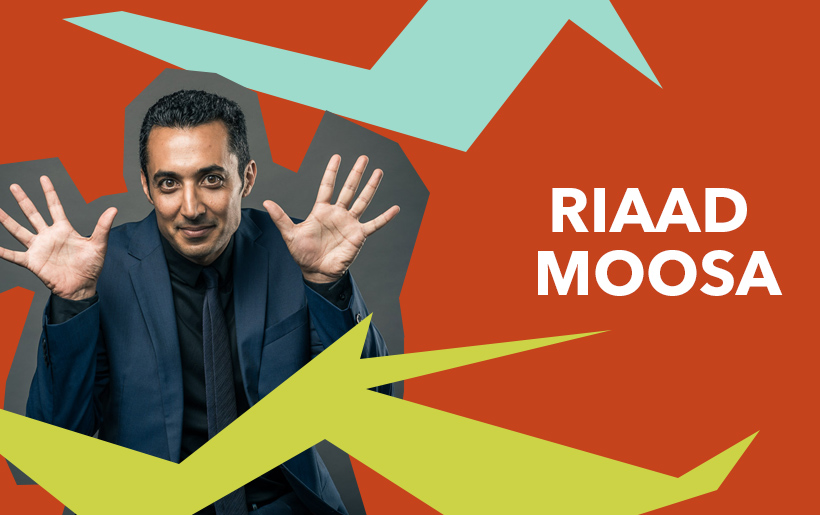 Riaad Moosa
Joining us today is South African Comedian Riaad Moosa.
He released 2 comedy specials in early 2019 starting the year with a bang, with Netflix series “Why Do you talk the way you do” and his comedy tour “Life Begins” which was released in March 2019.
Riaad has appeared in various TV and film productions such as Laugh Out Loud which is one of SA’s largest stand up comedy show.
He shares with us his new normal in Lockdown and what he has been up to during this pandemic.