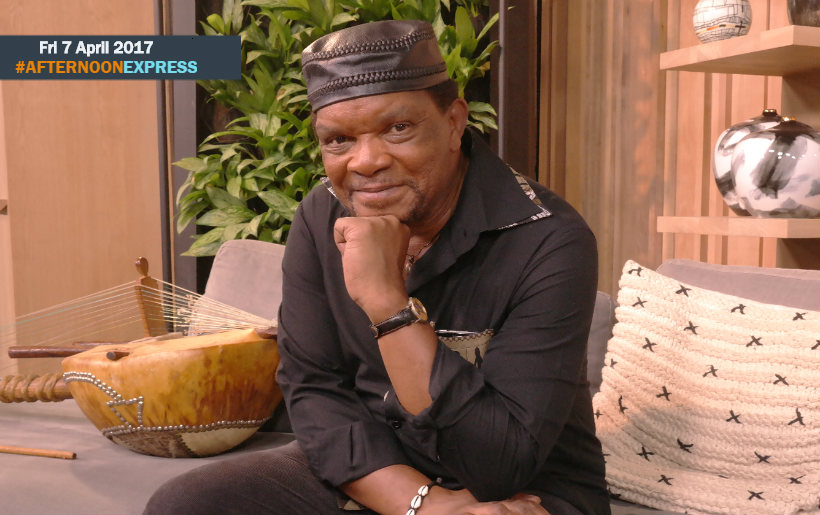 Pops Mohamed
Born in Benoni east of Johannesburg in South Africa, Pops Mohamed is said by many to be South Africa’s ‘unofficial minister of music’. In the 90s he began recording the music of the San from the Kalahari in Namibia and integrating it into various projects ranging from jazz and funk to drum ‘n’ bass and trance. Pops Mohamed works as a producer and performer and lives in Johannesburg. He loves experimenting with the newest technology, always in the service of music! Pops owes his artistic openness to his childhood to the Indian in Benoni. His nickname Pops dates back to his childhood enthusiasm for the comic seaman Popeye. At the age of 14, he founded his own first band The Les Valiants, with whom he played kwela, soul, pop and Latin music.

Pops has his own personal band simply called ‘Pops Mohamed & Friends’. This is a five piece outfit featuring:
Pops Mohamed on African indigenous instruments, vocals and keyboards.
Femi Koya on all saxophones and flute.
Maxwell Baloyi on keyboards and acoustic piano.
Gally Ngoveni on bass and vocals
Bernice Boikanyo on drums