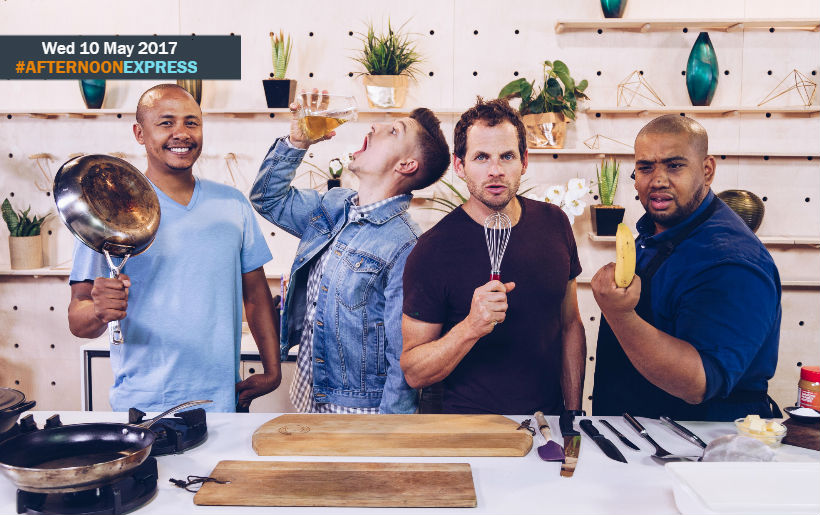 Comedian Nik Rabinowitz and chef Hezron Louw are joining our weekly Cook-A-Long on Wed, 10 May for an afternoon of chatting, laughing and of course COOKING!
Nik and Hezron have been travelling around South Africa in their reality TV show Tyres and Braaiers where the goal is to enjoy a variety of unique cars and the most epic braais. Join us in the loft for yet another sensational Cook-A-Long!

Nik Rabinowitz has just turned forty, and is on the verge of a midlife crisis. Except that apparently forty is the new thirty, so now he’s not sure when to have the crisis, which is a crisis in itself. Also, his wife has just had their third baby – so really, he can’t have a midlife crisis – there’s no time. In the meantime, while he’s figuring all this out, he’s decided that instead of buying a Ferrari and abandoning his family, he’s going to put on a new one man show – Fortyfied.

Hezron Louw is a South African chef and television personality who rose to fame as a cheftestant on the first season of the SABC3 reality competition series Top Chef South Africa. In 2017 he partnered comedian Nik Rabinowitz to tour the country in search of the most unique and interesting braai experiences South Africa has to offer, in the SABC3 foodie travel series Tyres and Braaiers.