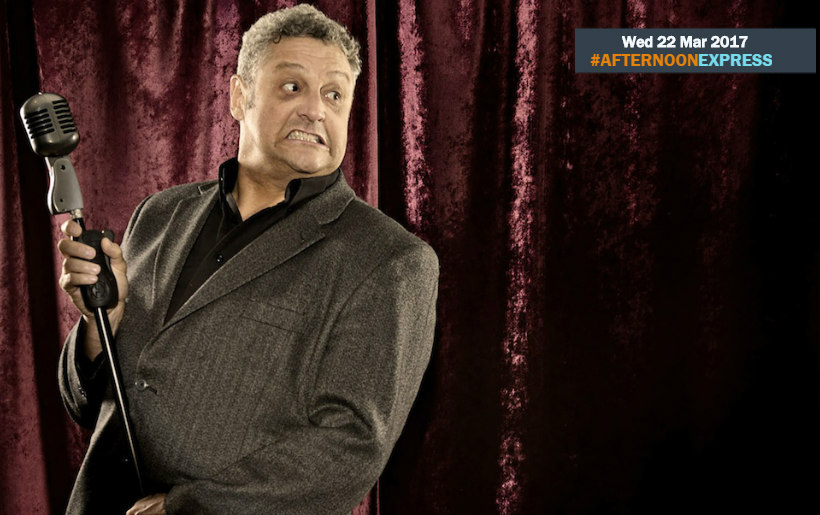 With a track record of 30 years in comedy, Barry Hilton has raised the world’s laughter level considerably.
His delightful knack of finding the ludicrous and the humorous turns daily situations on their head to make us laugh at life.
His face is as funny as his repartee, with lugubrious looks tailor-made for mirth. Barry’s gregarious personality makes him a people’s person, happy to engage with the audience before and after his shows.
Barry is a seasoned comedian who’s as streetwise as any youngster. He’s remained at the top by continually coming up with fresh material – and by having six children to keep him hip and happening.
His act is intelligent, observational, impeccably timed and never crude, sexist or racist. Just enormously funny.

That universal appeal, coupled with a rigorous training on the comedy circuit alongside the likes of John Cleese, Billy Connolly and Bob Monkhouse, give him a professionalism welcomed by any comedy club or corporation – punctual, polite, always topical, and always a strong performer.

Barry lives in Cape Town in South Africa, and has become a national icon in a country where a new generation of comics is beginning to find its voice. In 2013 the industry paid tribute to Barry with A Lifetime Achiever Award, presented at the Annual Comics’ Choice Awards.

His popularity extends far further, however. In 2013 he became the first South African to perform at the prestigious Harrah’s Improv at Caesars Palace in Las Vegas, headlining four shows.