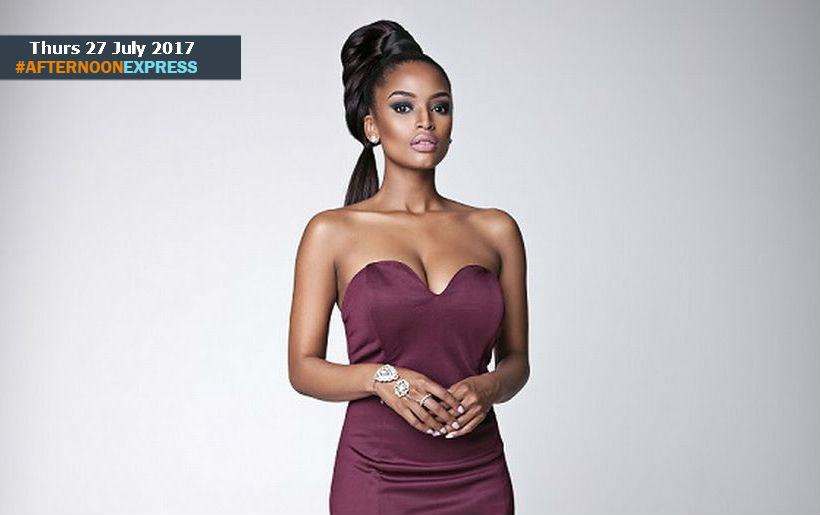 We are joined by the very stunning actress and Top Billing presenter Ayanda Thabethe. Ayanda started out her career as a model, and starred in a number of television adverts before she made her on screen debut as an actress in 2016, and in 2017, she became the latest presenter to join the Top billing team.

Ayanda is not just a talent in front of the camera but also has a savvy mind for business, she holds a Communication Management, BCOM from the University of Pretoria and a Honours Marketing degree from the University of South Africa. She has been the brand Manager of L’Oreal for their “Dark and Lovely” ethnic hair care range. Ayanda has had roles in a few popular tv soapies and movies such as Zion, Tooth and Nails, Rockville and Generations The Legacy.

2016 seemed to be Ayanda’s break out year as she landed a leading role on one of Mzanzi Magic’s biggest shows, and she was crowned “Hottest Chick of the Year 2016” by the Chevrolet Feather Awards Candi & Co. Break Out Influencer of the Year 2016. Ayanda was also named the face of Legit Summer 2016.

With all of entertainment business accomplishments, people tend to forget her business woman side, she opened up her own unisex luxury salon, Liyanda Hair & Beauty Salon at Melrose Arch. She is also Managing Director and Founder of Buzzworthy Productions, a marketing agency that helps create awareness for brands.