Get to know former theatre director turned food TV presenter and cookbook author Marinda Engelbrecht, as we peek behind the experiments which make her Queen of the kitchen.

Hot off the heels of her latest release Marinda se kinderkombuis, the South African culinary treasure is hard at work on her third cookbook.

Marinda shot to foodie fame as a finalist on the first season of reality cooking show Kokkedoor on kykNet in 2014, and has since made a name for herself as for a baked goods brand and hosting her own series on DSTV channel VIA, Maklik met Marinda.

Her love for food grewtook root on a farm in Durbanville in the Western Cape amongst tins of freshly baked-bread, home-burned butter and jars of preserve.

Marinda officially began her food journey in her mother’s kitchen, where her belief that “Cooking without love will not nourish or satisfy the soul”was fostered.

The proud mother and grandmother, regards food as her love language and believes that what is on the table never is more important than those around it. 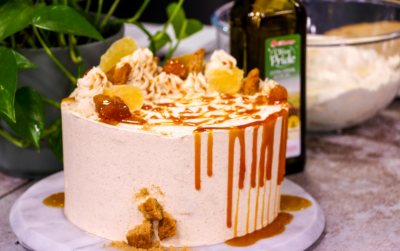 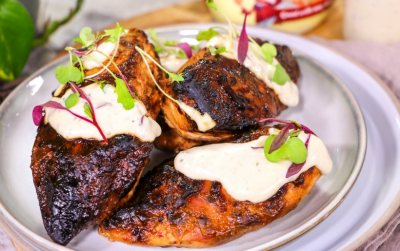