· For the poached pears, add the pears to a deep saucepan. Add the sugar, vanilla, lemon, and enough water to cover the pears. Bring to a gentle boil from cold, then reduce to a simmer.
· Poach for roughly 30 minutes until the pears are softened ( check this with a knife ). Be careful when handling the pears as they will be hot. Set aside in cooking liquid for later use.
· For the honey, simply add the honey and rosemary to a saucepan. Over a medium heat, slowly infuse the honey for 30 minutes with the fresh Rosemary stalks. The honey will become thin once heated, but will thicken again once cooled. Once infused, strain the honey and set aside for plating.
· Preheat your oven to 180 degrees Celsius. Remove the pears from the poaching liquid, and place onto the puff pastry. Cut around the pears, leaving a 1cm extra flap. Roll / crimp the remaining pastry towards the edges of the pear to form a crust.
· Brush the fruit side with some honey, then place the pears face down on a greased baking tray / muffin pan, and bake for roughly 20 minutes until the pastry is golden and crispy. Remove and allow to cool slightly.
· For the crumble, combine the Bakers® Good Morning Bran Rusks, oats and coconut in a bowl. Toss well, then add the spices and icing sugar. Toss once more, and set aside.
· To plate, simply place one of the baked pears pastry side down, sprinkle generously with your crumble, and finish with drizzles of Rosemary honey! Serve with a big scoop of vanilla ice cream and enjoy! 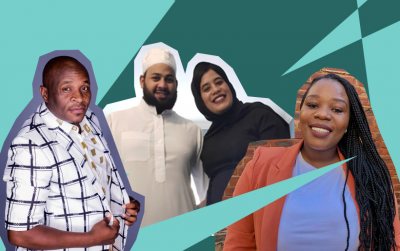 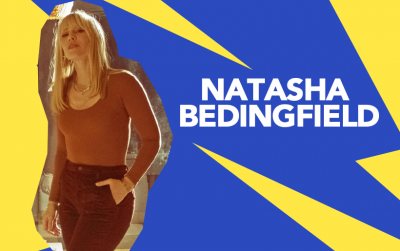 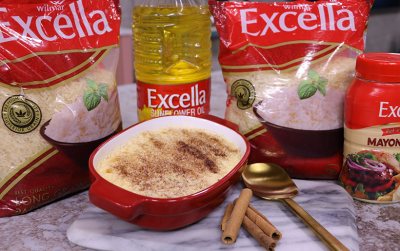